Several dozen educational endowments have stepped up and broadened their approach to sustainable investing in recent years, despite barriers that still discourage many of their counterparts from following suit.

The US SIF Foundation identified more than 80 educational institutions at the start of 2016 that were applying various environmental, social and governance (ESG) criteria to assets that collectively totaled $293 billion. These assets accounted for more than half of the $515 billion in assets that the National Association of College and University Business Officers 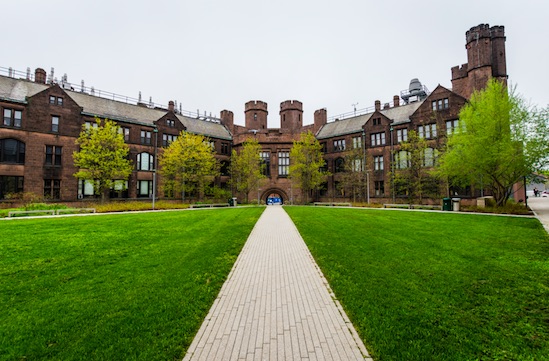 (NACUBO) identified in its annual survey with Commonfund of college and university endowments, with 805 institutions responding.

Georges Dyer, a co-founder and principal of the Intentional Endowments Network (IEN), says that he has seen increased interest from universities and colleges in sustainable investing. Often, the gateway is through questions about fossil fuel divestment, and leads to ways the endowment can address ESG issues more broadly. Student movements, supported by organizations such as the Responsible Endowments Coalition have played an important role. In addition, Dyer suggests that the involvement of larger, mainstream investment managers in creating ESG investment products has reassured trustees and piqued their interest.

As a result, a number of educational institutions in the past few years have established or implemented responsible investment policies, particularly around environmental issues. According to the US SIF Foundation’s Report on US Sustainable, Responsible and Impact Investing Trends 2016, climate change has risen dramatically as an area of concern for educational institutions, with assets under management (AUM) affected increasing more than 320 percent between 2014 and 2016 to $43 billion. In 2016, assets of $27 billion were subject to fossil fuel restrictions, compared with just $135 million in 2014 when we first tracked the issue. Assets representing investment policies supporting cleantech grew 27 percent to $1.9 billion.

In addition to environmental concerns, social issues have also gained prominence among educational institutions. According to the Trends report, consideration of human rights affects $24 billion, equal employment opportunity and diversity affects $12 billion and prison-related issues affect $10 billion. For example, in 2015 Columbia University publicly announced that it would divest from private prisons after the Columbia Prison Divest student group campaigned and raised concerns about profiting from incarceration.

Other leading criteria, each affecting approximately $9 billion in AUM, fall across the spectrum – these include issues around labor, affordable housing, faith-based investing, and avoidance of companies involved in weapons production and pornography. In addition, some educational institutions have started to incorporate general environmental, social and governance issues across their investment portfolio instead of or in conjunction with focusing on a single issue or a few specific issues.
"Despite these developments, there are still hundreds of college and university endowments that do not appear to be engaged in any form of sustainable or responsible investing."

Despite these developments, there are still hundreds of college and university endowments that do not appear to be engaged in any form of sustainable or responsible investing. Dyer of IEN explains several challenges these institutions face.

One is confusion about what SRI is and the various terminologies and acronyms in the field. Another is the concern around financial performance, even with all the evidence showing that SRI investments have comparable returns to traditional investments. Questions around fiduciary duty also persist, with some trustees both unsure of whether SRI is permissible and skeptical of the motivations for SRI. Many consider it a political decision. The practical issue of time and competing priorities is another barrier. Trustees are volunteers and only meet a few times a year. Furthermore, the majority of investment consultants and other intermediaries have not championed or facilitated SRI. Most do not have expertise in sustainable investing, and they are unfamiliar with the various products, vehicles, managers and impact metrics available.

Given these challenges, how can colleges and universities learn about and get started in SRI? Reviewing available educational resources is a first step. The Intentional Endowments Network, Responsible Endowments Coalition, Sustainable Endowments Institute and US SIF offer several materials, many freely available. Educational institutions can also see what other endowments are doing. Peer learning will also be helpful. Educational institutions can become members of networks or participate in specific initiatives that suit their interests. Additionally, a list of investment consultants and other service providers with expertise in SRI can be found in US SIF’s Member Directory.

All educational institutions are different – public versus private, endowment size, and so on – and as such Dyer explains that there is no “one size fits all” approach. Educational institutions should have customized approaches to what works best for them. There are many entry points – some may start with the goal of a comprehensive ESG investment policy and others might seek a one-off investment to try out or engage in shareholder engagement led by other investors. The SRI industry is dynamic and is continuously evolving. Educational institutions have the potential to play a big role.
Post a Comment